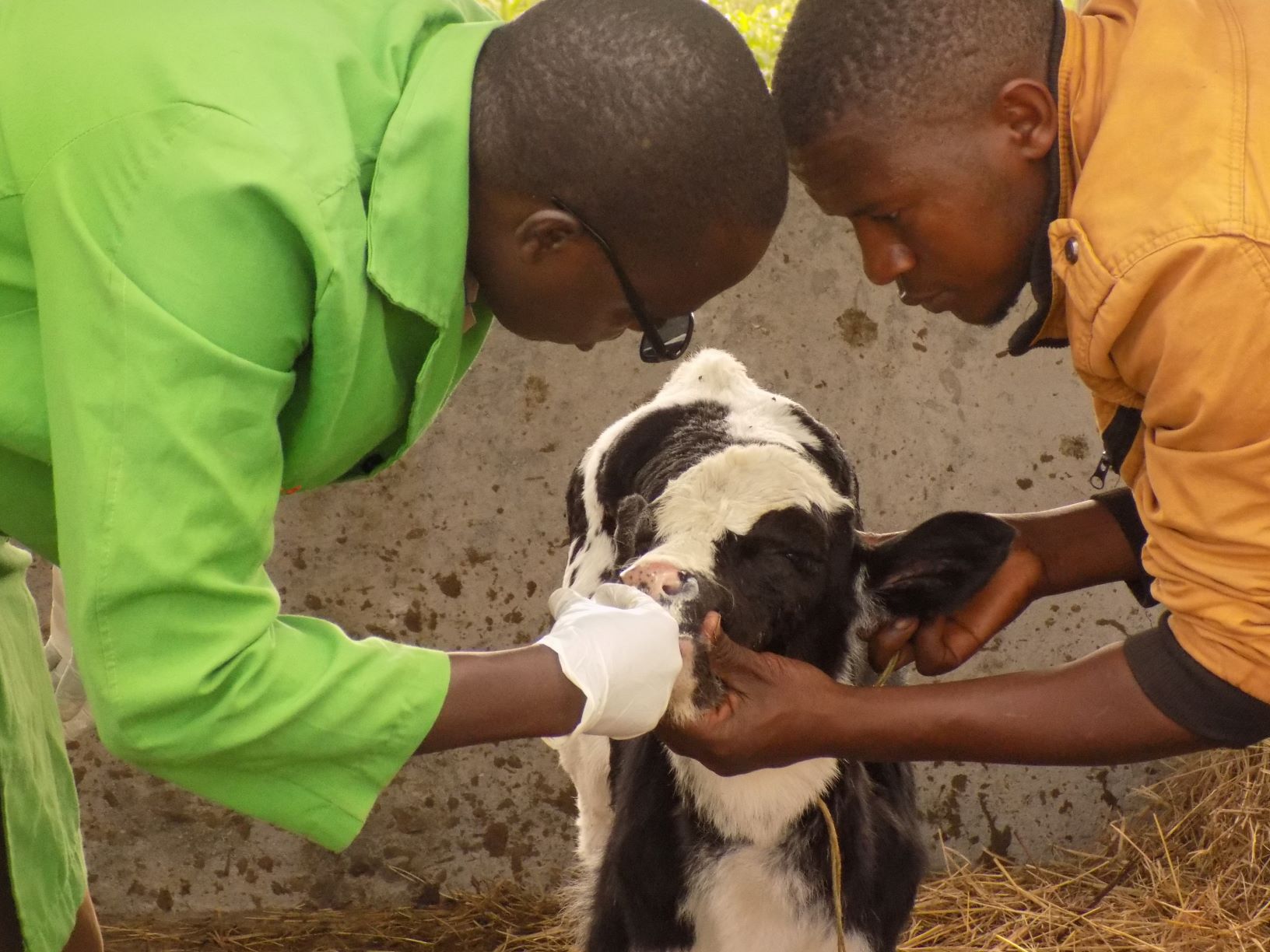 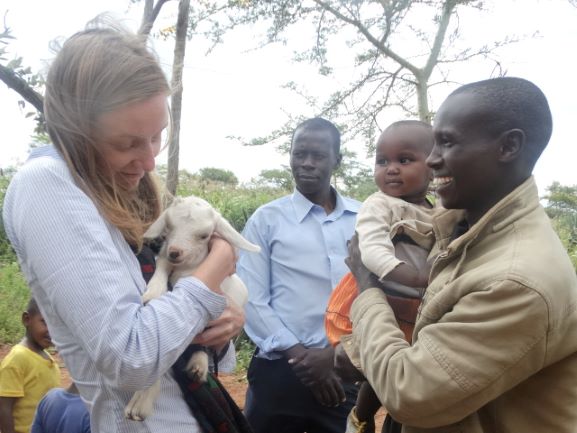 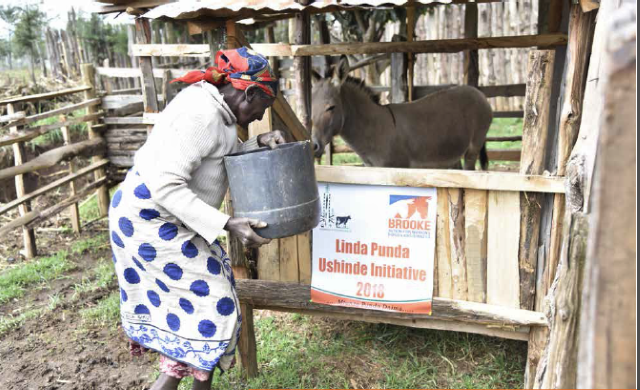 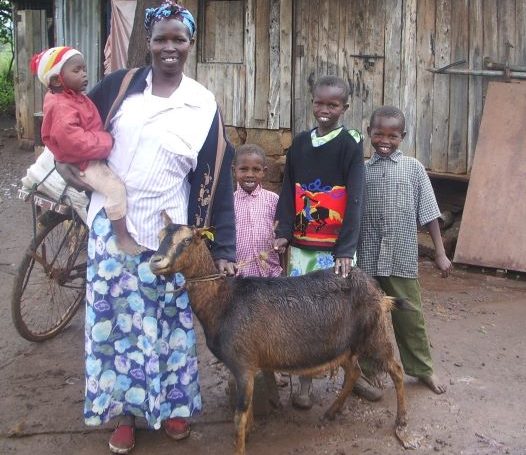 Animal welfare is a developing concern in modern farming systems due to the perceived mismatch between animals’ actual environments and their natural habitats. The welfare of an animal depends on its living environment, genetics, and past experiences, with the result that each individual may perceive a triggering situation differently. Improvements have been proposed so that it is now possible to integrate animal welfare into farming conditions that meet both animal requirements and societal concerns. 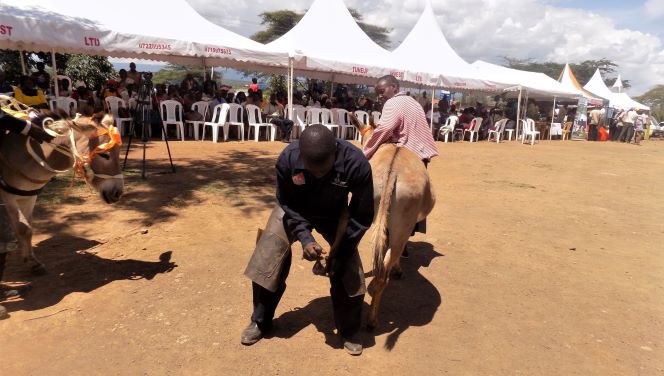 With the help of Brooke East Africa, our goal is to improve the welfare of working donkeys in Narok, Nakuru, Bomet and Baringo Counties by 2021 through:

FSK, with support from Brooke EA, has reached over 76,225 donkey owners/users and 136,013 donkeys in Nakuru, Narok, Bomet and Baringo Counties. 75 local service providers have also been trained on donkey welfare.

FSK has so far worked with more than 108 groups in dairy goats funded by Children’s Hunger Relief Fund (CHRF) under the Small Grant Project. Most of the farmers engaged in this project have really benefited a lot with very many success stories. The goat pass-on model used in this project has succeeded in making sure all the beneficiaries in the project possess goats. Most of the groups that go back 20 years since they directly benefited from the project are still intact and continue to rear goats with huge success. A number of the groups have now gone commercial with their families now out of poverty. The project has so far managed to distribute 4,556 goats from the grants received from CHRF which with the pass on model has generated a total of 15,958 goats so far given out by the project. The quality of the goats supplied has been maintained over the years leading to high productivity.

The overall goal of the project is to reduce poverty amongst small-holder farmers, especially women, the elderly and children by developing community-based development approaches that will promote food security, income generating activities and create employment.

The purpose of the project is to improve the welfare of dairy goats’ farmers in Nakuru County by improving family nutritional status through goats’ milk and increasing incomes received from their goats.

Through the pass on model, 15,000 farmers have benefited from the dual-purpose dairy goat programme with a survival rate of 96%. 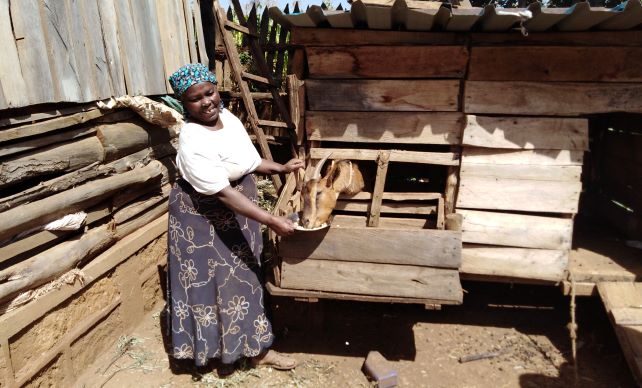 Jane of Maziwa SHG, Kabatini posing before her well-constructed unit with her goat.

This is a preventive health program that aims to reduce the risk of diseases in herds in a cost-effective way that in turn increases productivity hence higher profits. FSK works to improve the lives of the poor and thus supplying them with dairy cows has been a boost towards achieving it.

The cows supplied are Holstein freshian and they produce on average a minimum 20 liters per day and a liter of milk goes for Kes.50 at the farm gate. With improved herd health services being offered by the organization the communities are realizing high productivity thus increased income. During farm visits, the following activities are carried out:

FSK has provided extension service on dairy production to 12,432 through training and provision of heifers.